Team 1334 is a high school robotics team dedicated to educating and involving students in robotics and promoting STEM (Science, Technology, Engineering, and Math). Our team is composed of 50+ students from grades 9-12. We meet twice a week in our off-season (September to December). At the beginning of January, the game for the year is released and we start our Build Season, which lasts 6 weeks. The Build Season is an intensive work time when students work long hours, 4 days a week. After Build Season is Competition Season. During Competition Season we compete at two competitions and work towards qualifying for the Ontario Provincial Championships in Mississauga. If we compete well enough at the provincial championships then we qualify for the FIRST World Championships in Detroit, Michigan (held in late April). This year we will be attending competitions at Ryerson and in North Bay, as well as (hopefully!) the Ontario Provincial Championships and the FIRST World Championships. 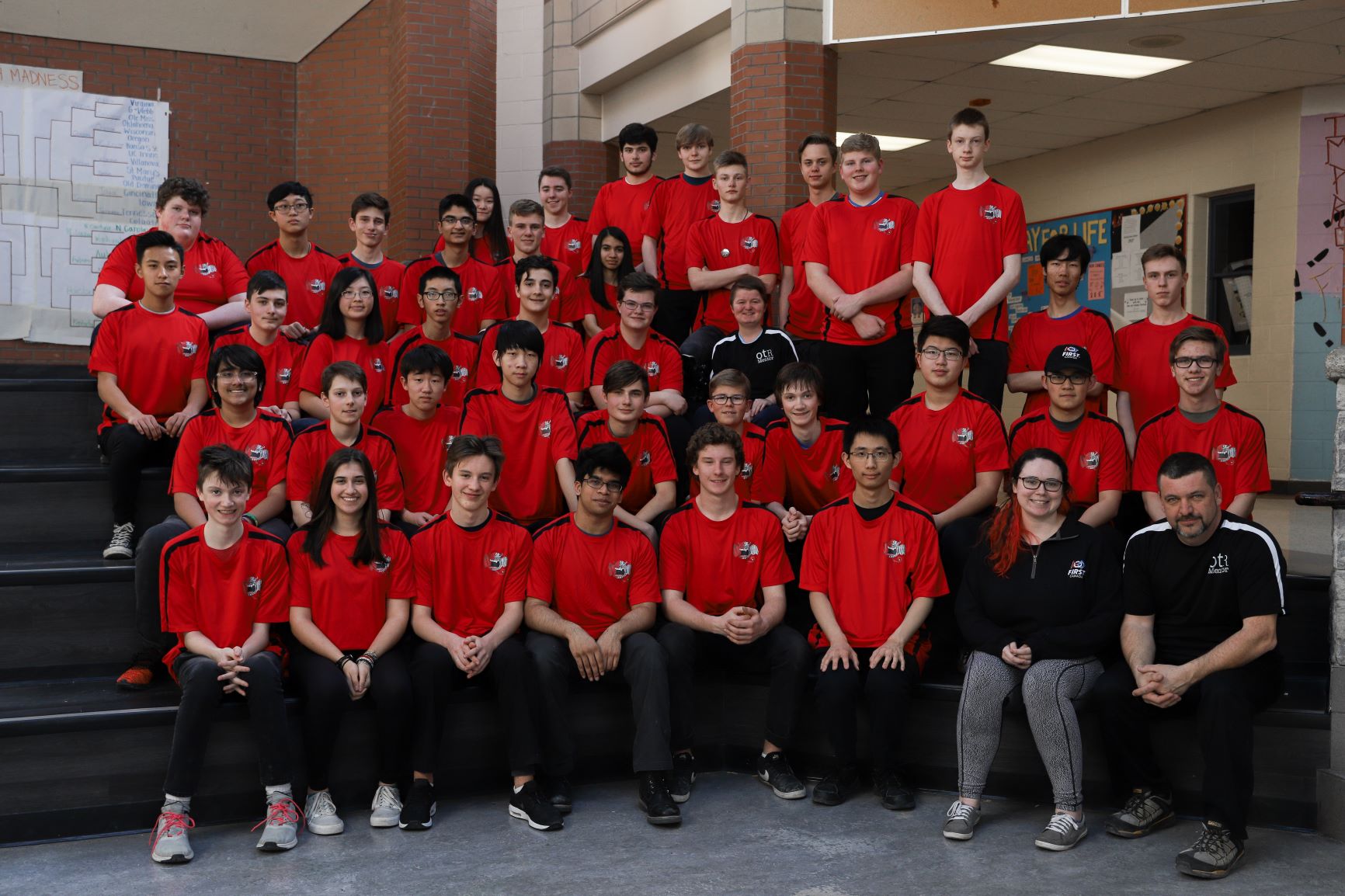